We are an East Sussex County Council approved contractor and have the qualifications to lower kerb stones and create vehicle crossovers. We have £10,000,000 public liability insurance and can work on the highways.

As well as doing all our own groundwork’s and tarmacing for the resin bound drives we install we also carry out other works for other companies.

DCB Kent has recently won the contract for maintenance and repairs in Hastings. We are extremely pleased to be working alongside of them doing a variety of different jobs.

The West and East Hill lifts in Hastings

This January and February both the lifts are in need of maintenance work and we have been asked to repair the drainage on the West Hill lift and repair the tarmac on both lifts at the top. The West Hill lift has now had a new heavy duty “Aco” drain laid and the surrounding ground re laid using “Star Mac” our blend of dark aggregates and UV stable resin that forms a surface far superior to traditional tarmac and much easier to shape to awkward angles.

We have carried out several jobs in the park over this winter. One being a concrete filled sandbag wall in a culvert and drainage, as well as clearing out the ditch with “Daisy” our mini digger.

“Daisy dig dig” could also be spotted working on the grounds around the miniature railway in the park after a “cry for help” was heard over the internet as the pond they were digging was rather too large to be dug by hand!

We not only do all our groundwork’s and tarmacing for the resin bound drives we install we also carry out other works for other companies.

Traditional tarmac patches have been excavated and filled in the cemetery as well as gully repairs and trenches filled by the road side keeping the cemetery well maintained.

The latest job we are working on this winter is a little larger than our usual driveway work and so comes under our civils page. This is a new large private house in Battle. A job far too big for Daisy and a five tonne Kubota has been hired in to move the large volumes of soil and hardcore. This driveway will be laid using resin bound stone later in the summer but for now its foundations, block walls, drainage and hardcore. The first visit is setting out and laying of the hardcore along with the foundations and block work and then topped off with type 3 sub base. Once the walls for the gates and water feature are up we will return to lay the tarmac and then when all the trades have gone and all is left is the carpet to be laid and the curtains to be hung we will return to finish it with the beautiful resin bound surface. 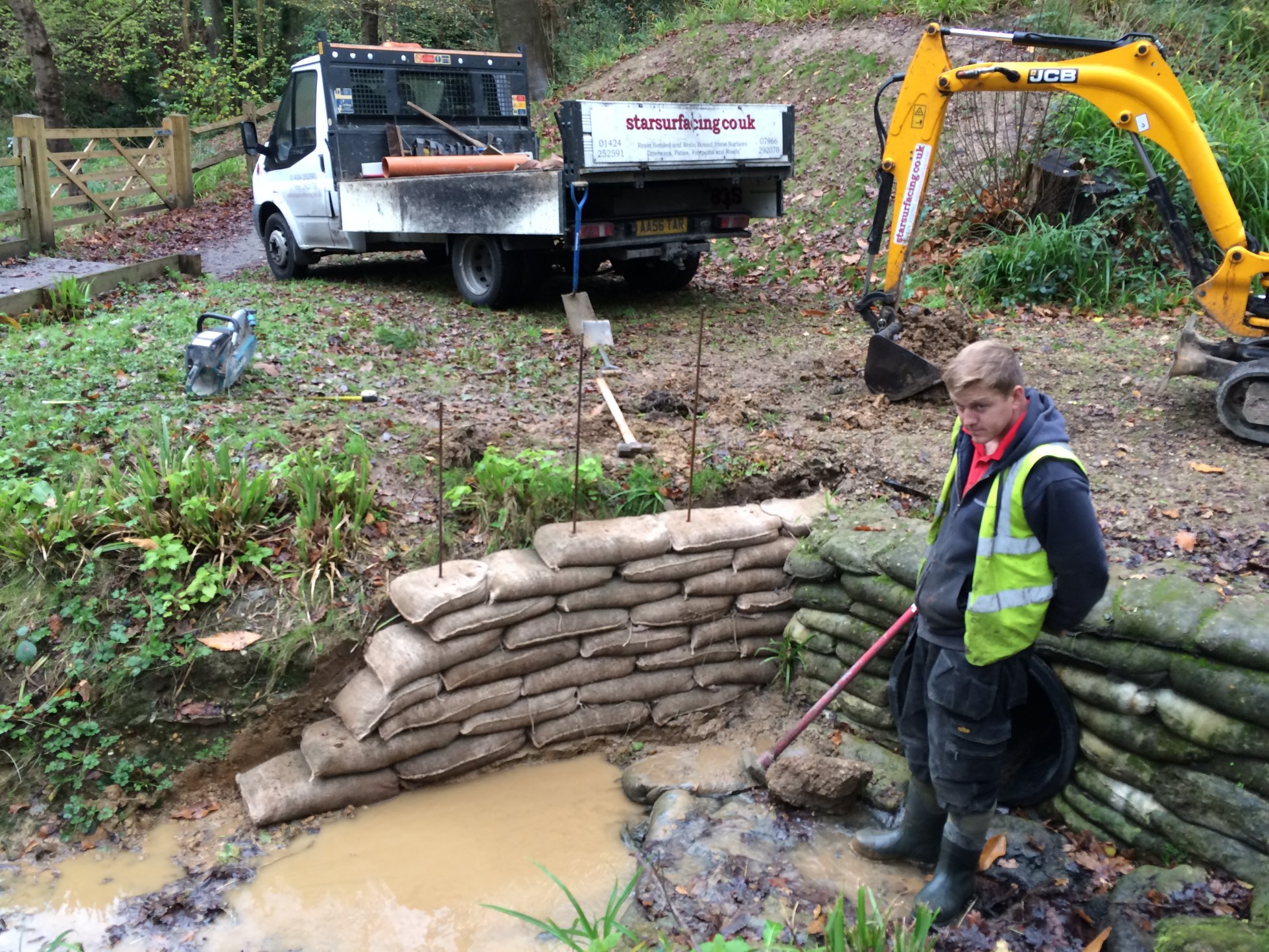 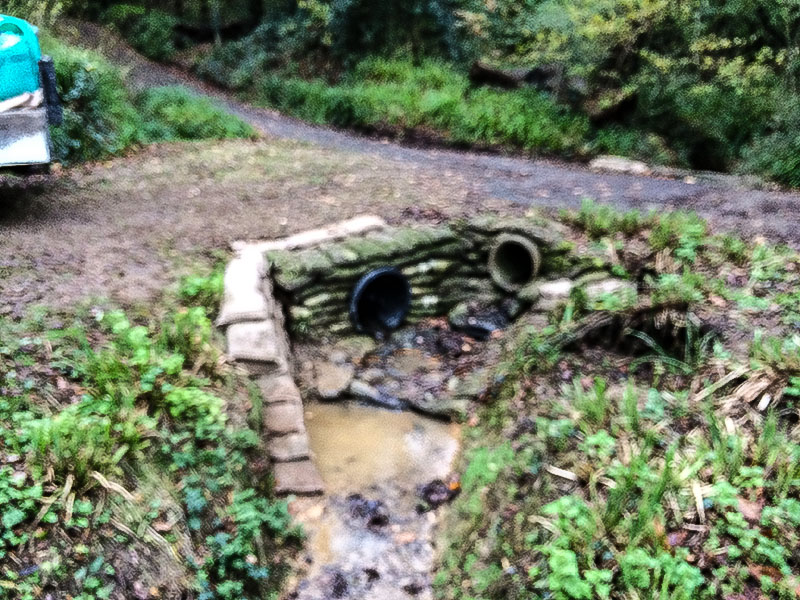 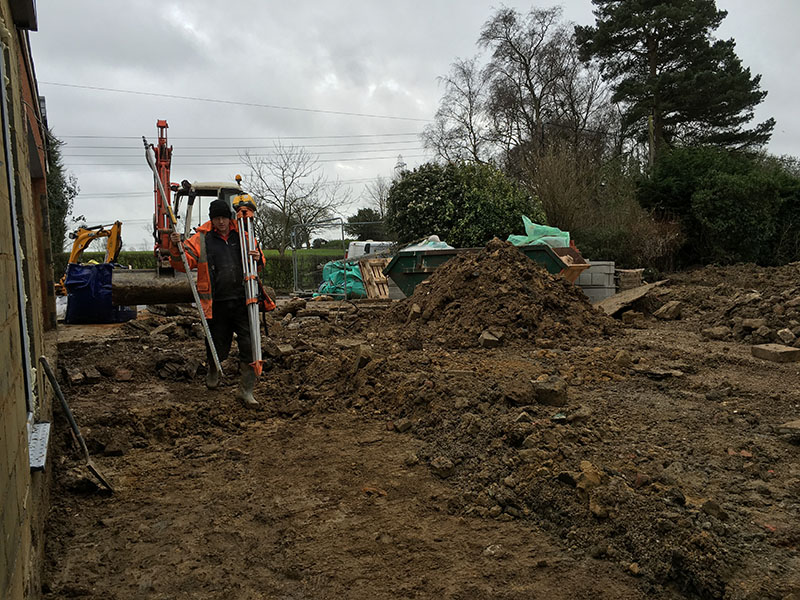 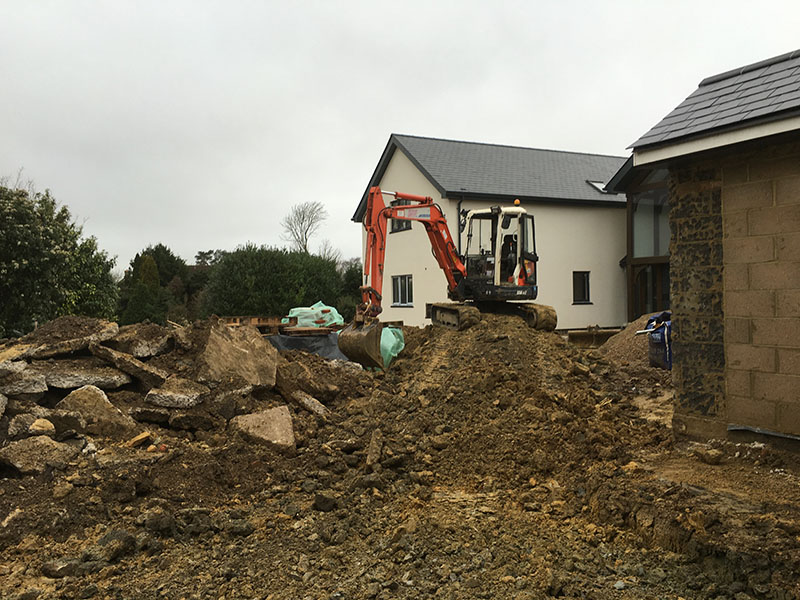 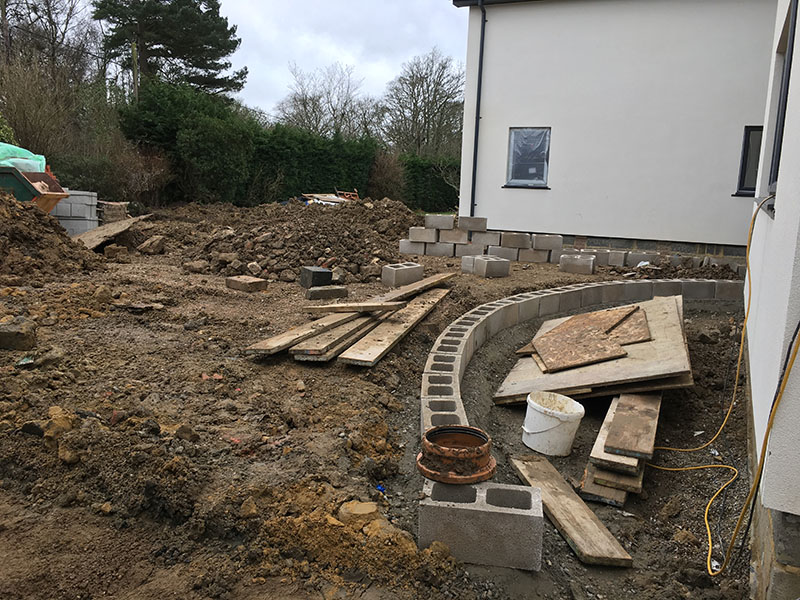 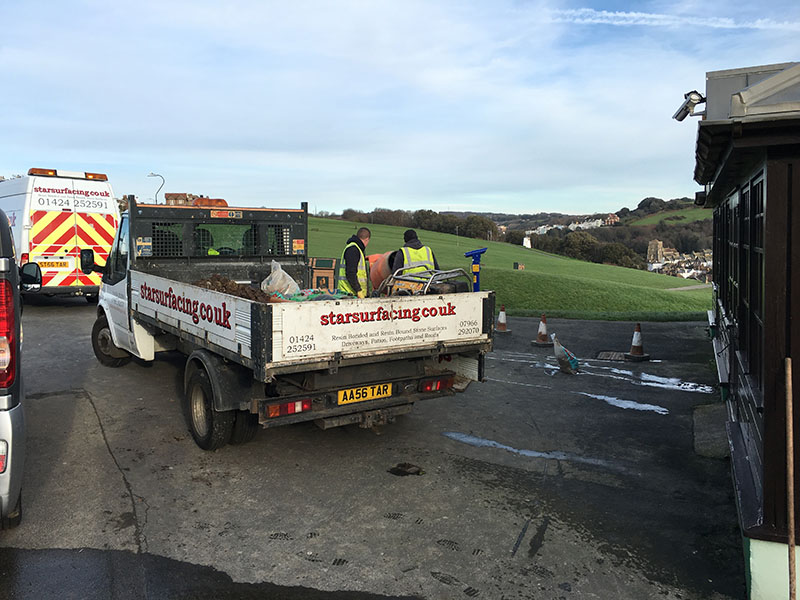 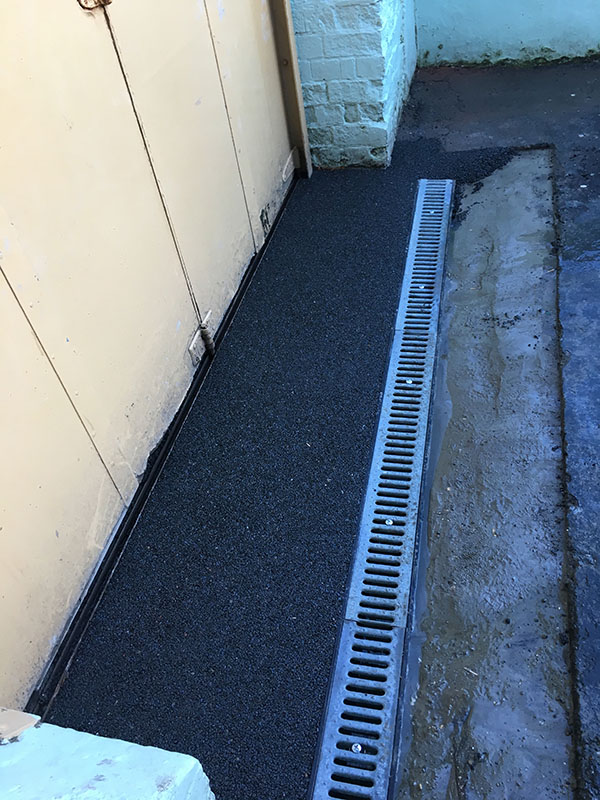